The house forms the end of a terrace of large Victorian dwellings fronting onto the River Foss. It includes a basement storey which is partially lit by a light well to the rear. There was a previous side Kitchen extension on two levels which no longer worked well for the Clients.

We proposed to extend further to the rear than the previous extension, sitting proud of the original house. The Kitchen/ Dining space was now to be on a single level in a more straightforward and practical plan layout. One key aspect was the need to work with the existing extension, marrying together the various roof and ceiling heights and geometries as well as the varied floor levels.

By extending beyond the original house, we added some drama, which is further accentuated by the overhanging roof. This roof, clad in black pressed metal, sits atop matching reclaimed brick. The large glazed doors with thin frames help to blur the lines between inside and outside. The works also included significant landscaping, including new driveway and steps to the front of the house, and decking over the light well, making use of salvaged coloured glass blocks. 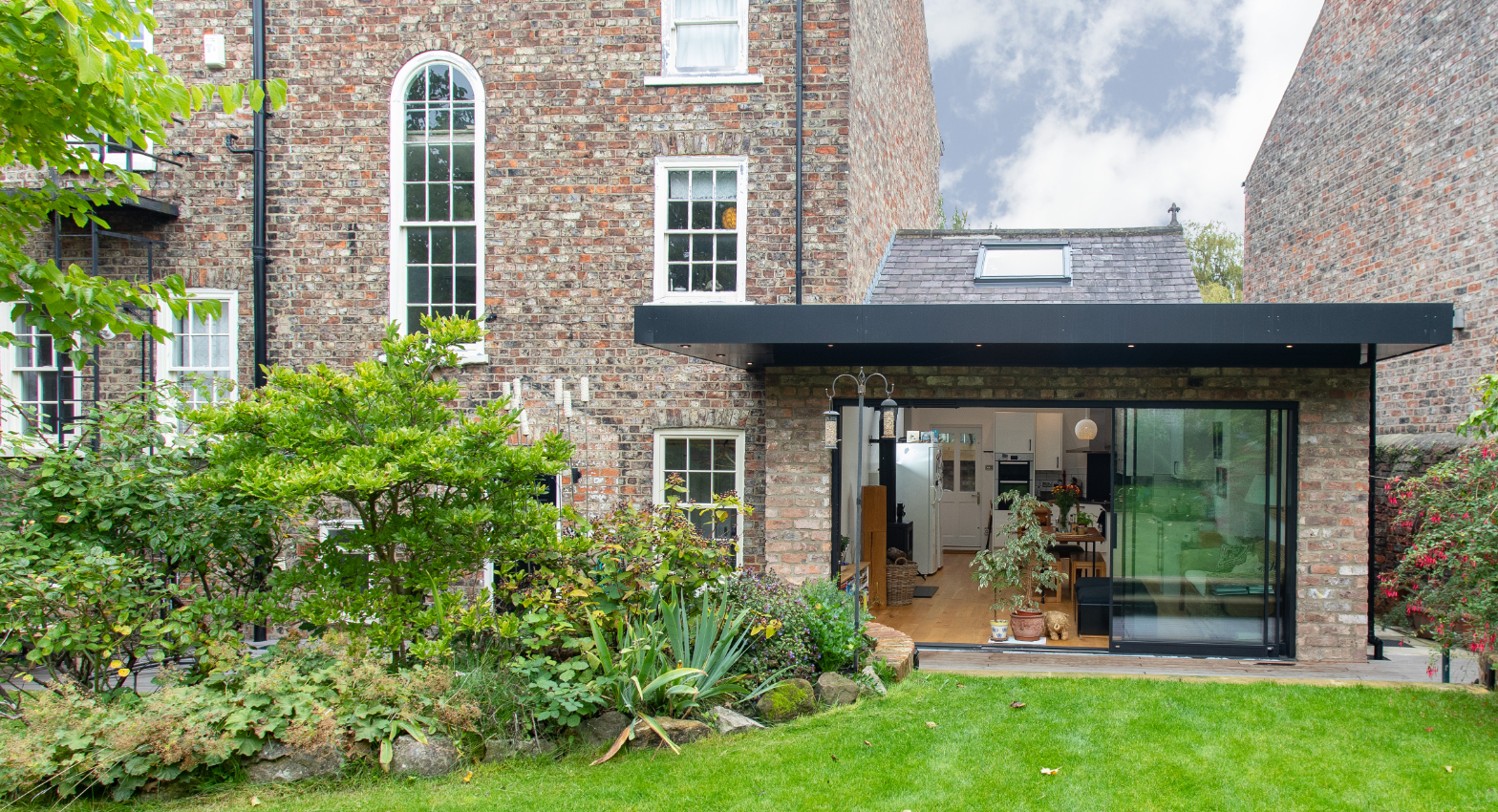 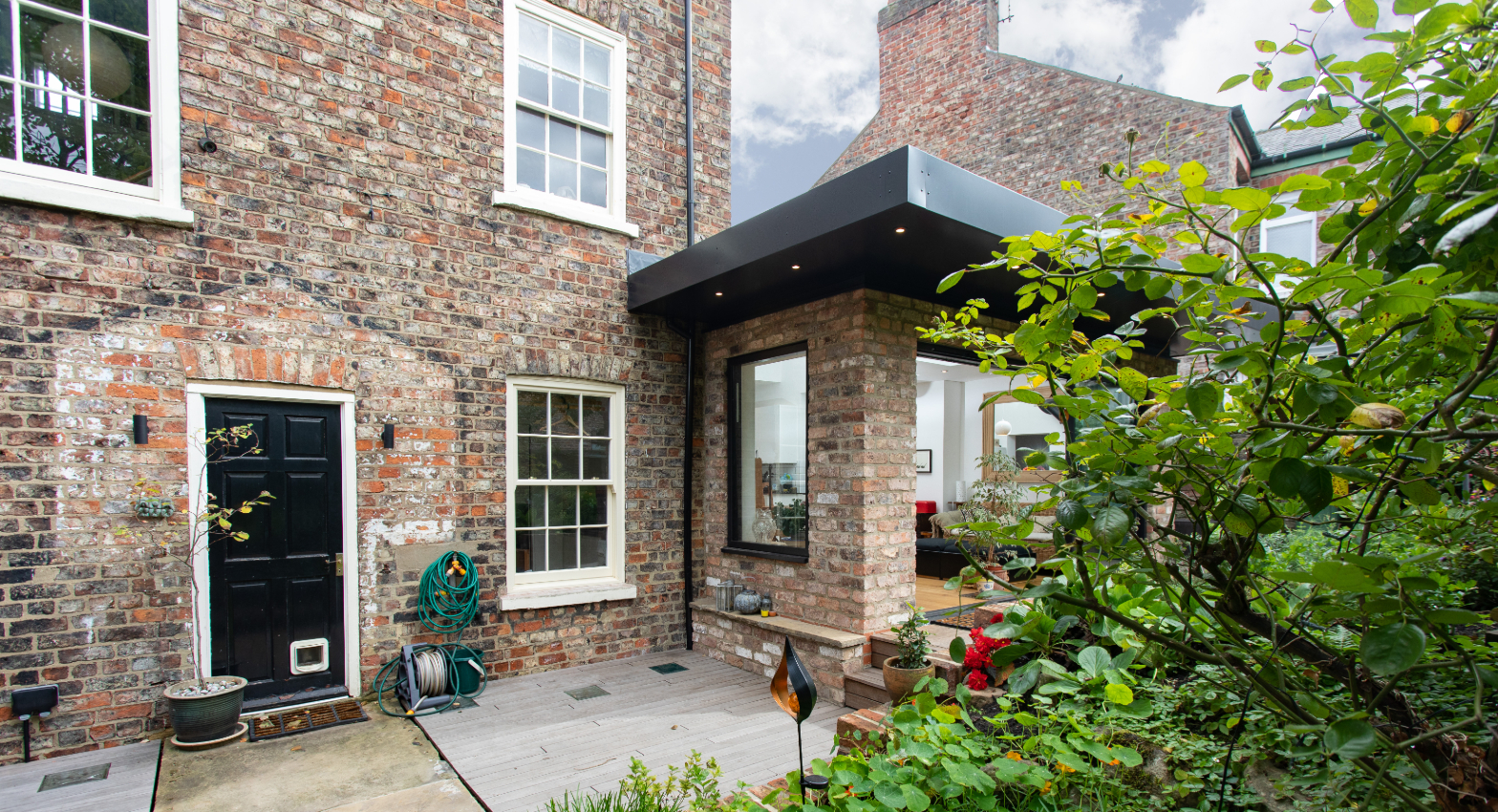 Client – “It was great to have an architect who listened to what we wanted and helped us achieve every aspect of the vision including the log burner our first architect told us wasn’t possible. He was always pleasant and straightforward to deal with, and a reasonable price. We had a few challenges with the builder but lessons were learnt with good humour. We would happily recommend him.” 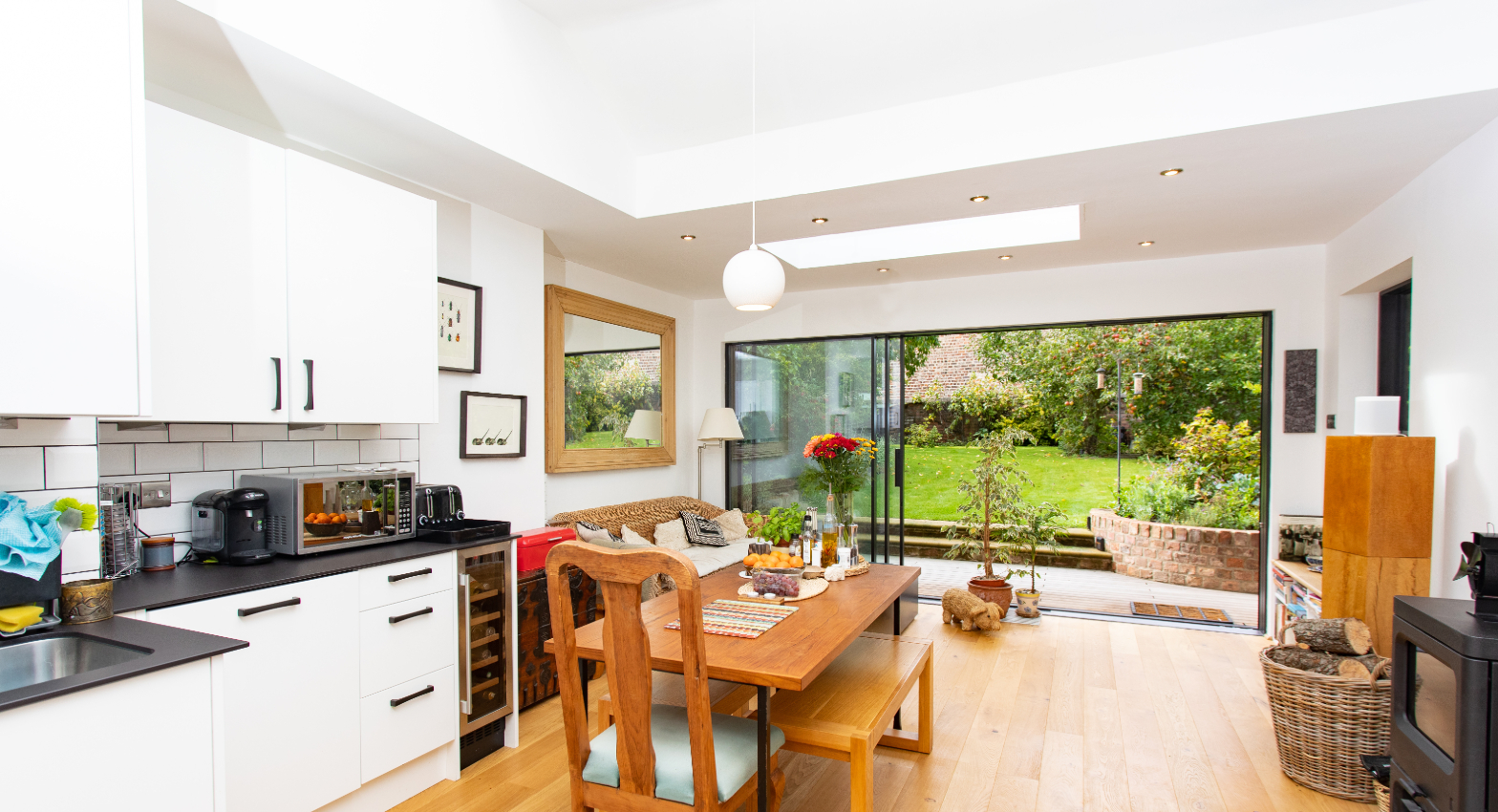 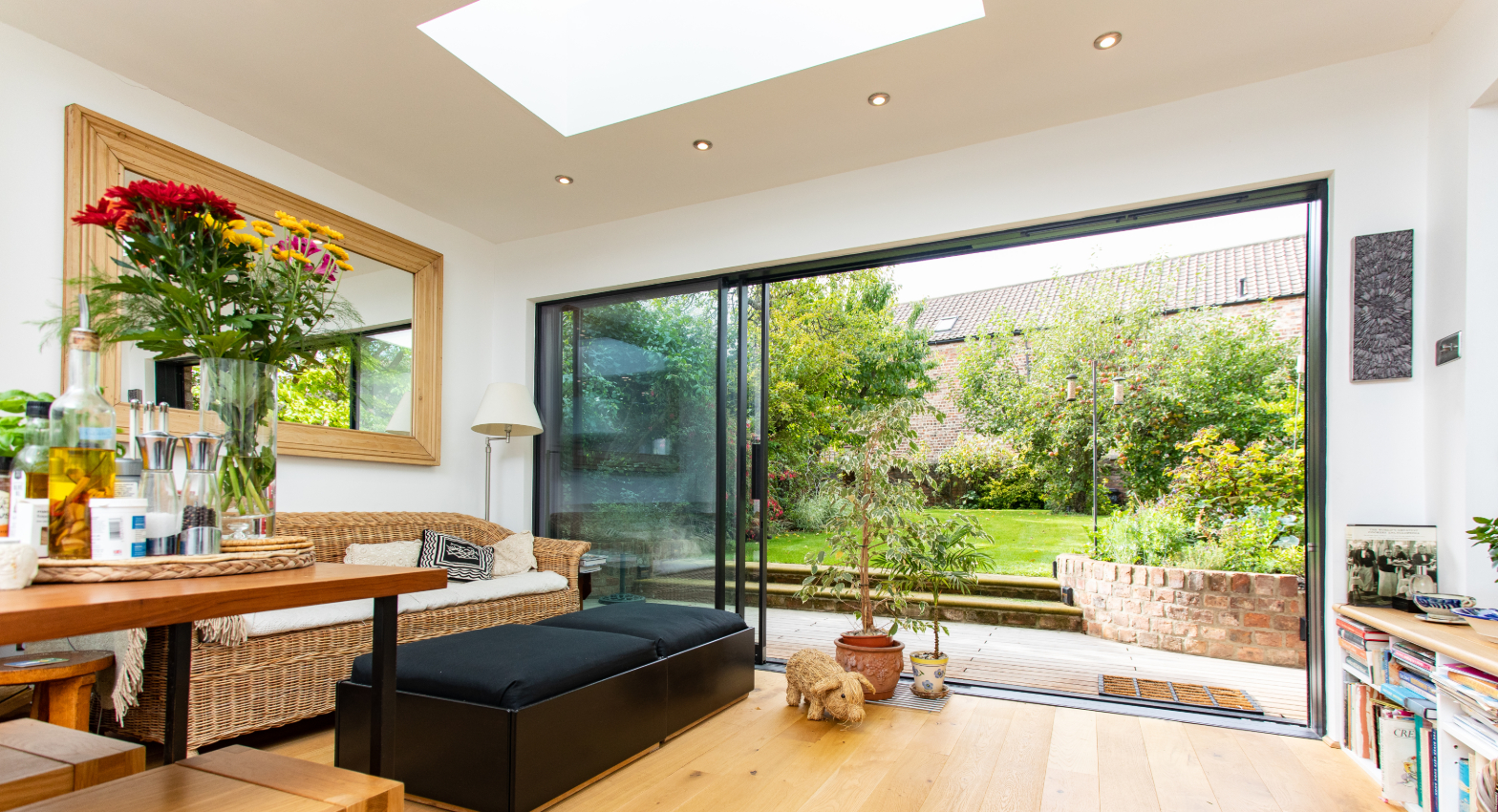 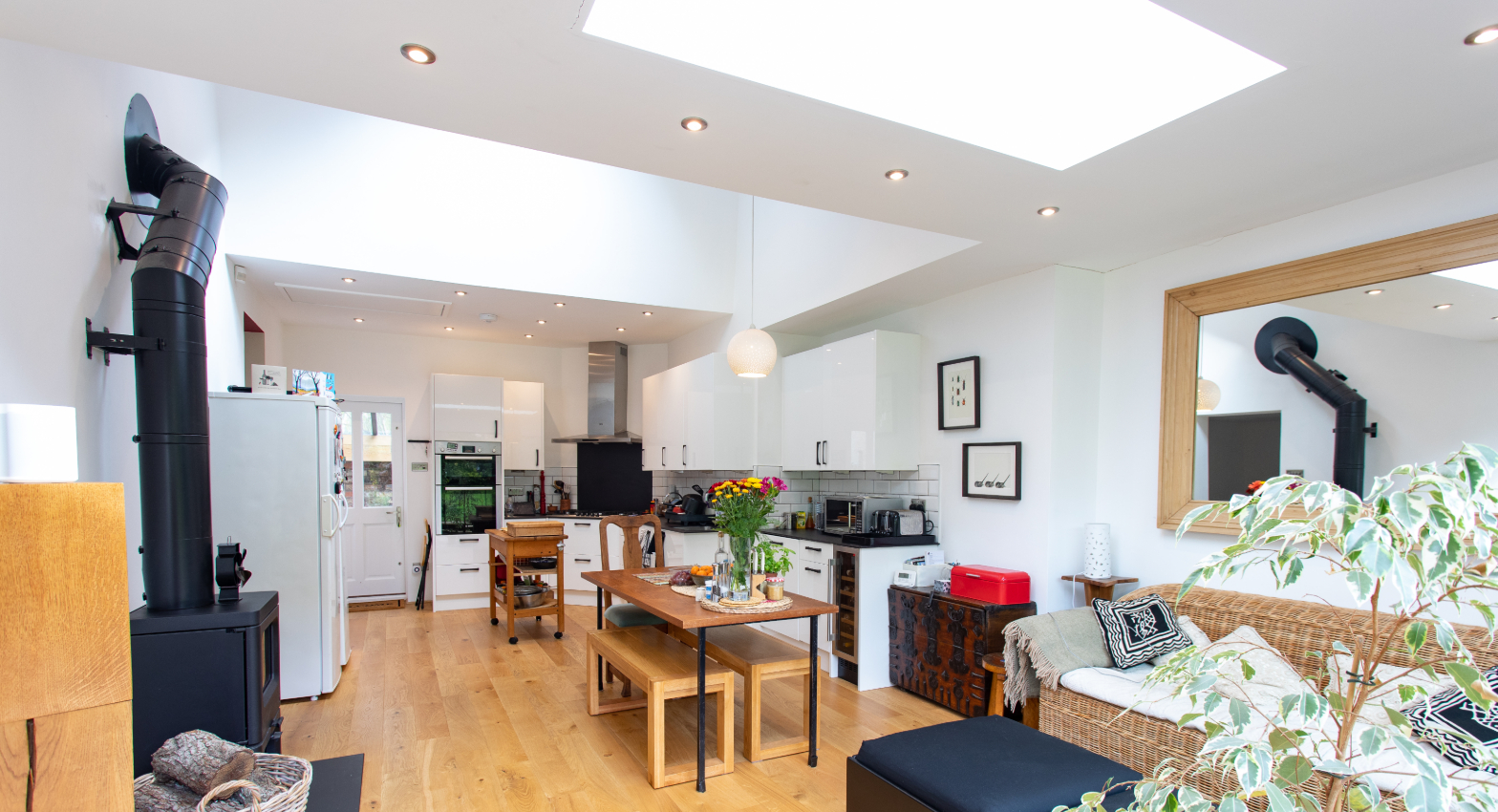 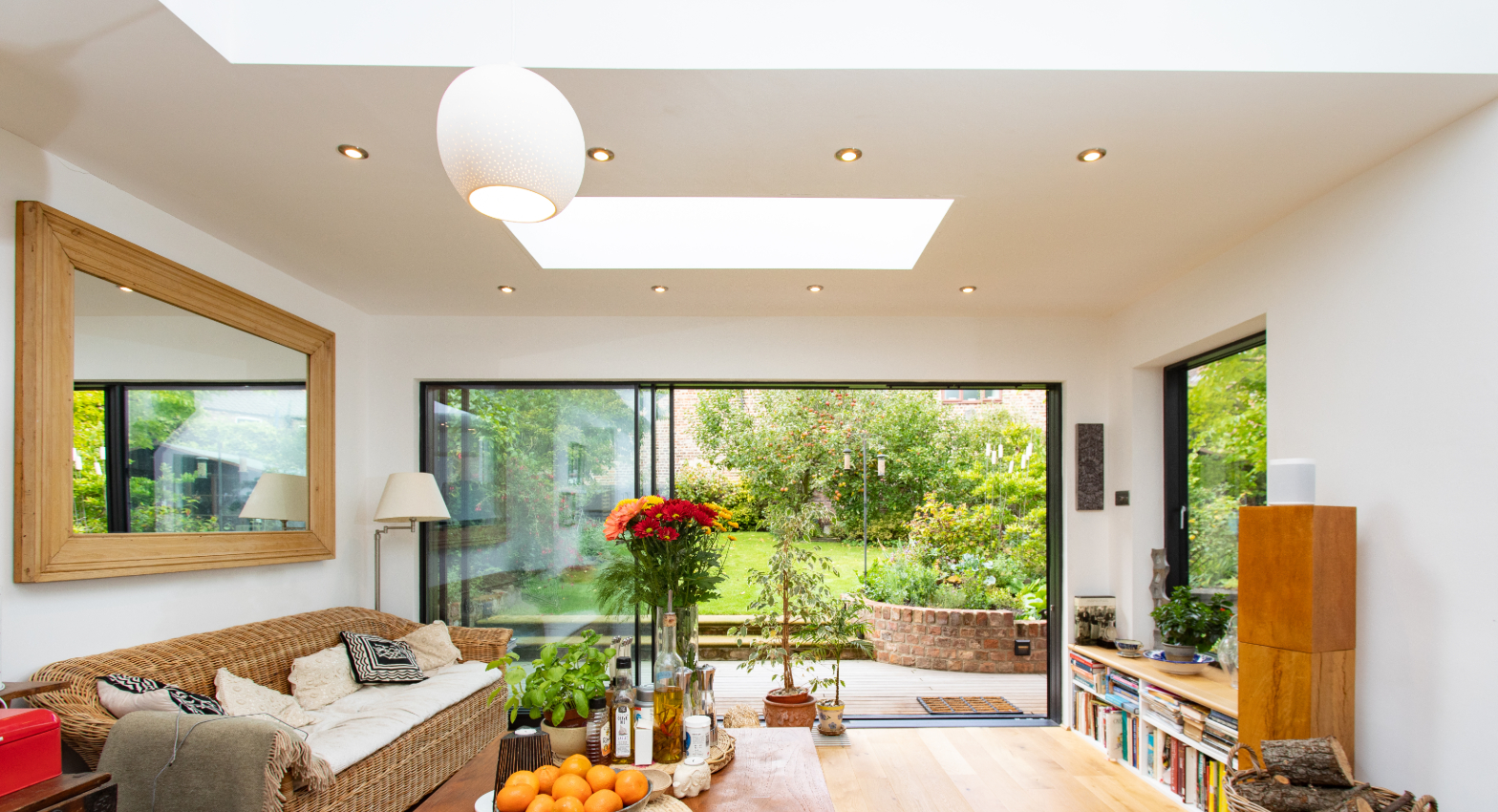 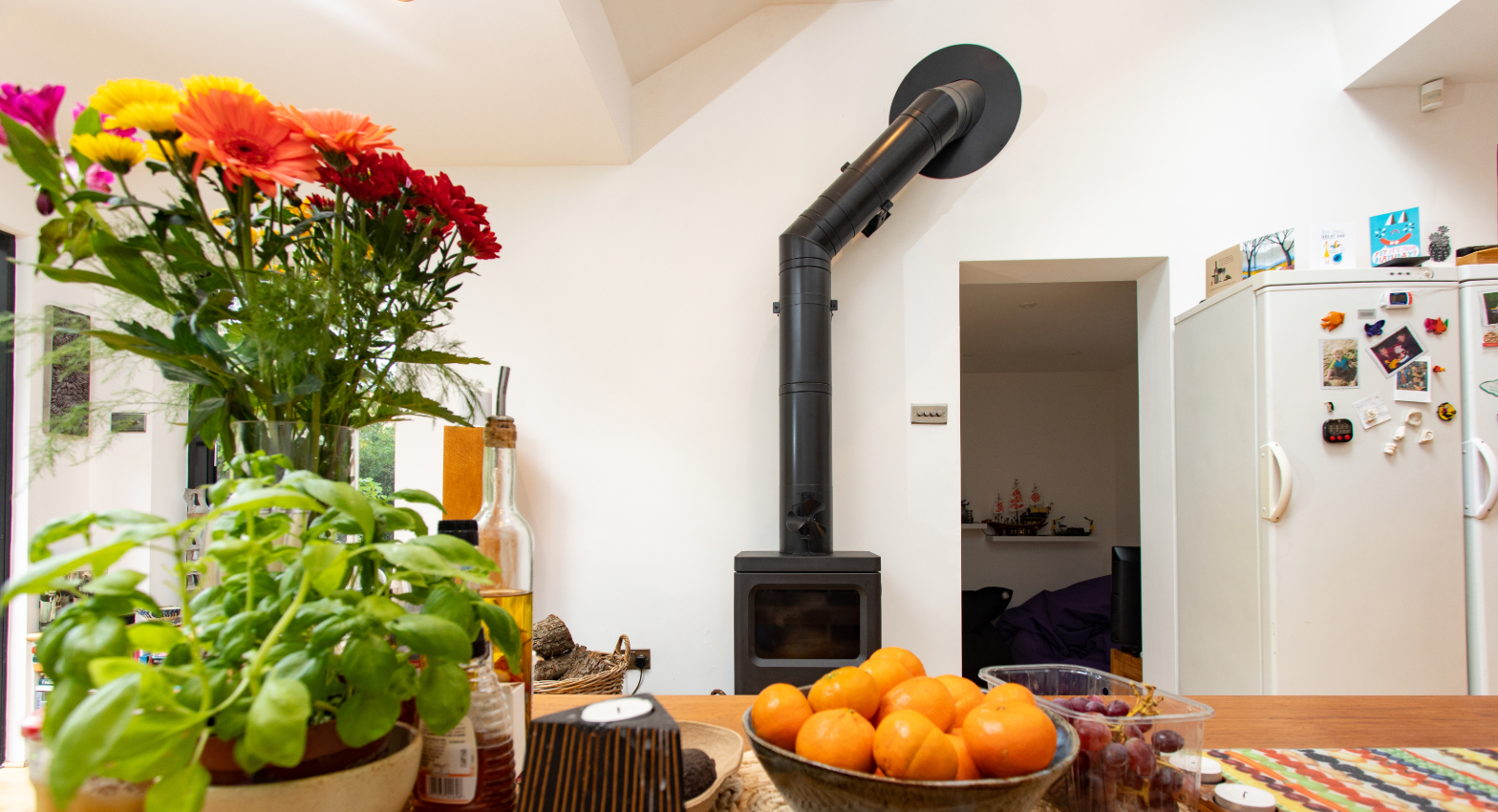 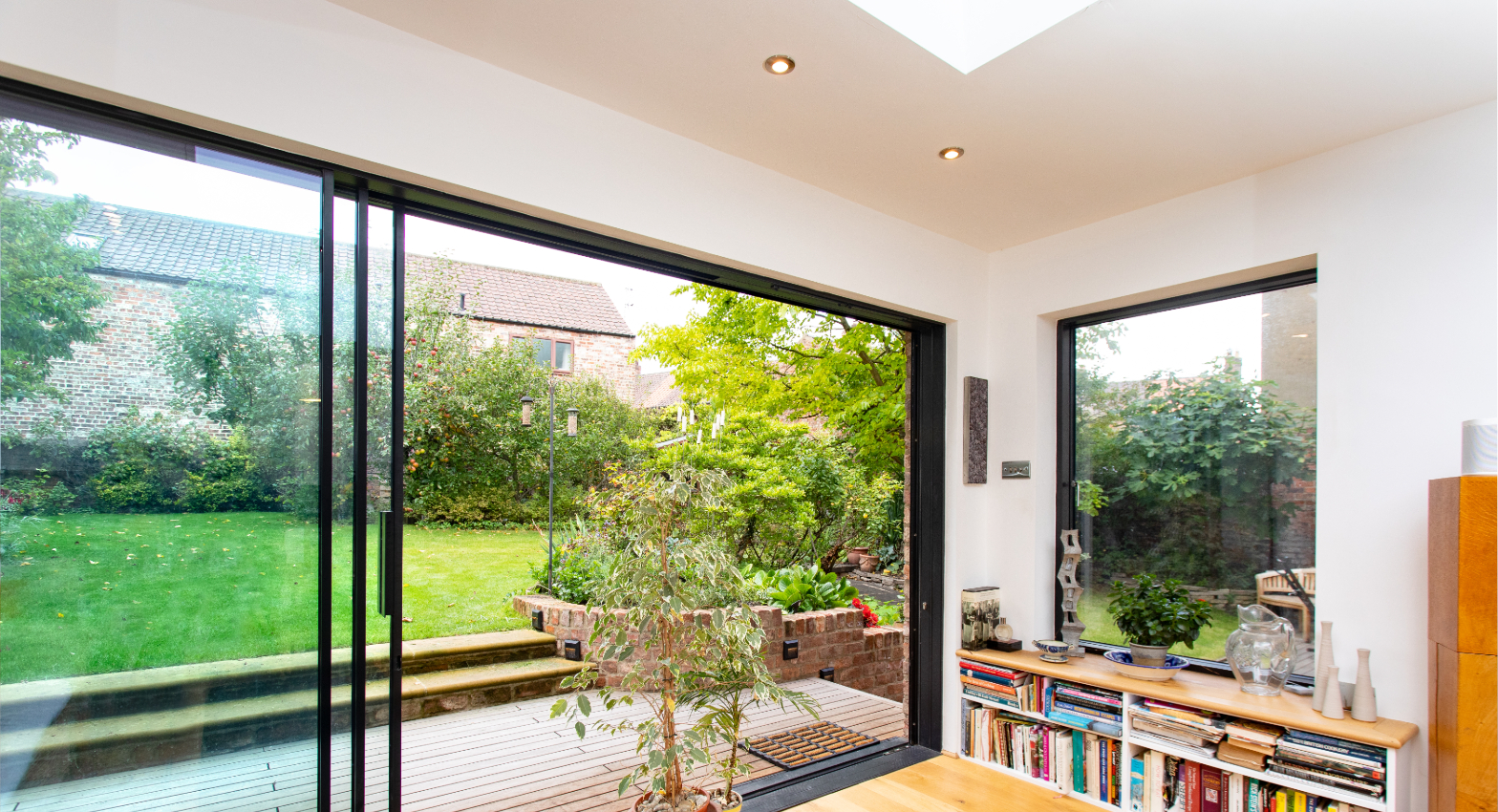 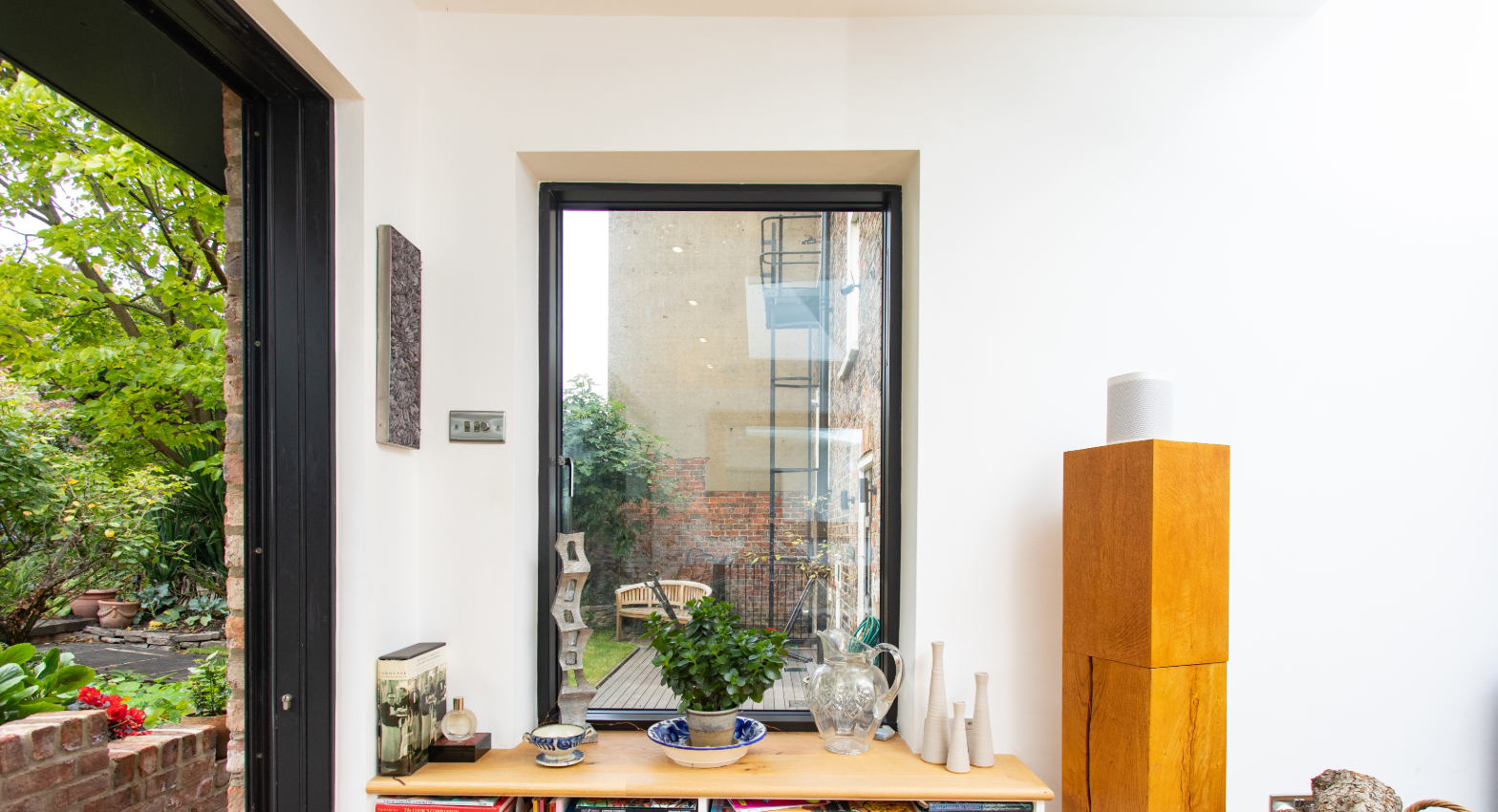 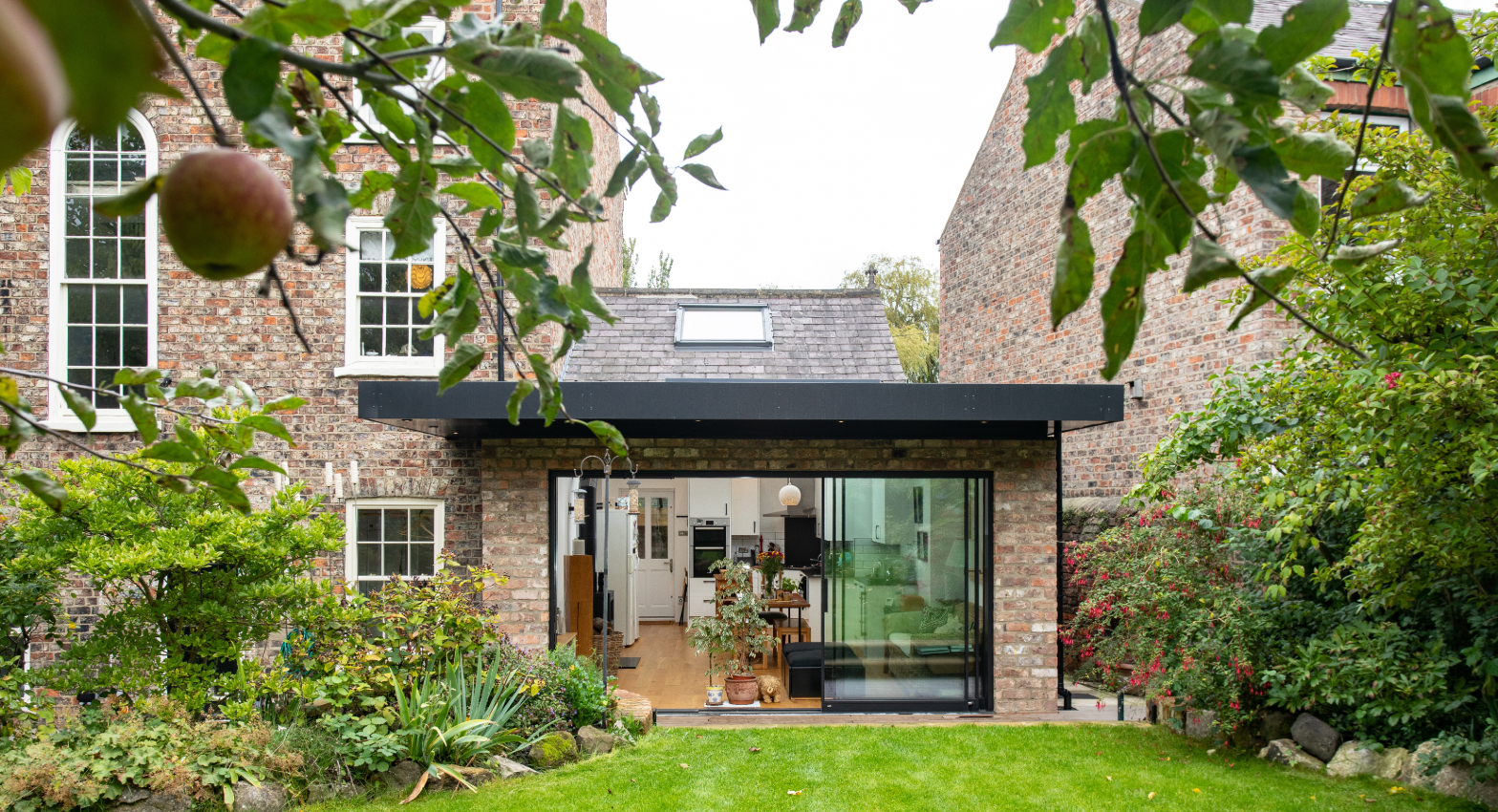 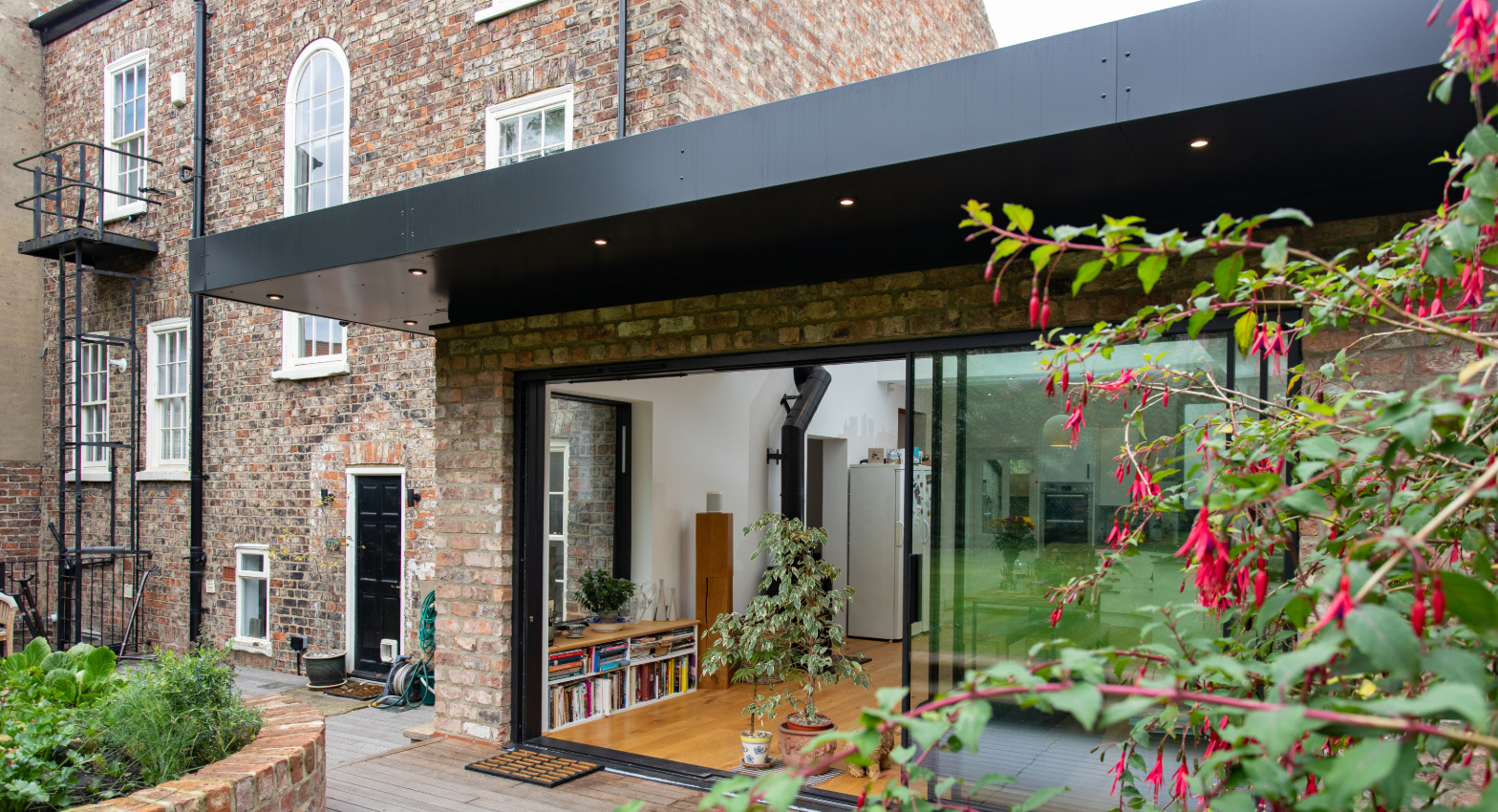 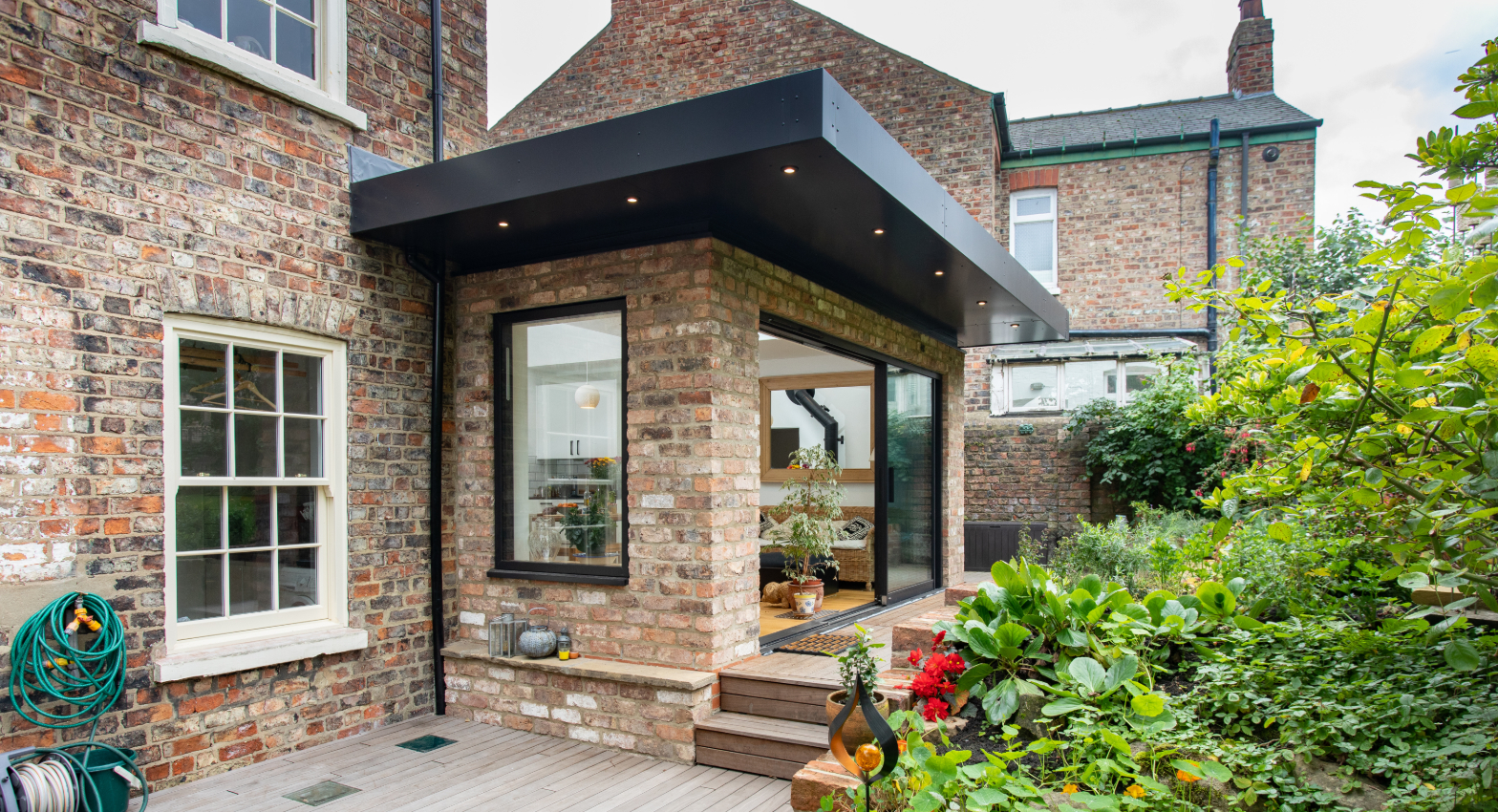